I was able to get my lab/small production Veeam instance up to v11 this week – I also replicate my backups to an offsite vSphere host so I figured it would be a good time to test out the new CDP feature.

I was able to get it set up without too much trouble, but there are some caveats I want to share: 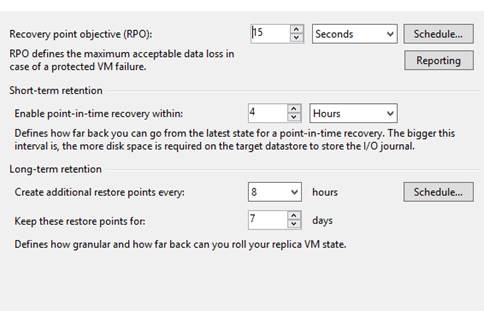 You can set the RPO as low as two seconds, although Veeam advises against that unless it’s a really small workload with few changes. You can also create additional recovery points so you can roll back to a more granular timeline than with traditional replication.

I have a couple of small VMs I have replicating now set for a 10 second RPO and they are staying in sync nicely. Results will vary and rely heavily on (your mileage may vary):

Veeam continues to introduce new features and integrate them seamlessly into their products. CDP is no different, as it takes a relatively complicated configuration and makes it simple to deploy and get up and running.